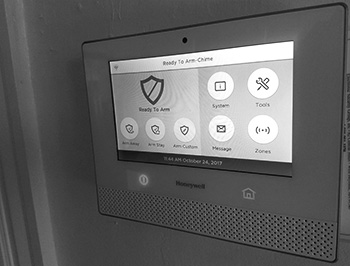 There are urban legends about virtually anything you can think of, including home security. While this can be an emotive topic, it is time to shed some light on these misconceptions. Some of the most common home security urban legends – and the truth about them – can be found here.

All Break-Ins Occur at Night

Television has popularized the image of the cat-burglar, clad in all-black, climbing up into an open window and then scurrying around the home taking anything valuable in their handy knapsack all while you sleep, completely unaware of what is going on.

However, most burglars not only want to avoid being seen, but they also want to avoid running into a homeowner. This is why the majority of home break-ins occur during the day, when you go to work.

By installing a smart home security system, you can see what is going on at your house, at all times. You can install video cameras and motion sensors to ensure you know when nefarious activity is occurring.

If you Lock Your Doors and Windows, Your House is Safe

This myth is one that is wrong on several levels. For example, are you positive that you always lock up – every single door and window in your home? Also, a large number of break-ins are considered “unlawful entry.” This means that the burglar has used a door or window that was left open.

Additionally, almost three fifths of all burglaries are considered “forcible entries.” This can involve the person kicking the door down or even breaking a window to gain entry. This is easy to do and not something you can prevent by just locking up.

A great way to prevent both of these break-in methods is by installing a smart security system. In most cases, if a burglar sees you have protection in place, they are going to move on to an easier target.